The Royal Canadian Mint is one of the most prominent mints around nowadays and their roots in North America and around the world go very deep. Nowadays not only are they responsible for producing all Canadian coins both circulated and uncirculated, but they are also put in charge of overseeing the production of a variety of other nations’ currencies. The mint is known for much more than gold coins too as their services range from gold and silver, to platinum and palladium production.

Unlike many other mints across the world, the RCM is owned by the government of Canada instead of a private owner or group of owners. It is different than a lot of other government entities though because instead of relying on the common taxpayer in order to fund its operations, the RCM expects to make profits and uses those funds in order to maintain a prosperous business. The way it operates makes it look like a privately owned company because the CEO in conjunction with the Board of Directors make all final decisions, not any elected official.

Regardless of who is at the helm, the Royal Canadian Mint has been a fruitful and competitive company for some time now. Believe it or not, the RCM would not be possible without the Royal Mint of England who helped bring about coin production to Canada in the first place. In the following few sections you will find out just about everything there is to know about RCM including its extensive history, types of products produced, and all other services offered.

When Canada decided that it was time for them to produce coins, the first sets of coins for circulation were not minted in Canada, but rather at the Royal Mint in London, England. This was not the most logical way of producing coins for the North American country as crossing the Atlantic over and over every year was not only a time consuming process, but was costly as well. For this reason, in 1901 the Royal Mint was given permission to create a facility in Ottawa, the capital of Canada, on the Eastern side of the vast nation.

The Royal Canadian Mint as it is known today did not exist until it claimed its independence from the Royal Mint of England in the early 1930s, during the Depression. It was at this point in 1931 that the Ottawa facility was officially named the Royal Canadian Mint. Despite its independence from United Kingdom control, the RCM still relied on England for just about all of its production tools and techniques.

The company was and is part of the government of Canada, however it underwent a makeover by which control of the mint was turned over from a department of the government to the CEO and board of directors so that it could act more like the competing precious metals producing company that it was. This bit of governmental independence allowed the organization to make decisions on their own accord instead of being handed down orders by sects of the ruling powers.

Soon after the Ottawa branch was more or less turned into its own company, the government of Canada realized that it would likely be a good idea to open another facility. This facility was to be built in a more central part of the country, in Winnipeg. The facility was agreed upon to be built in the early 1960s but it wasn’t until 1976 that it opened and began production. Both facilities still exist and operate today as two of the most active precious metals refining, assaying, and minting locations in the world. 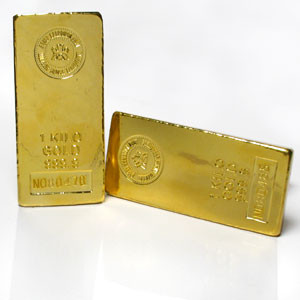 The Royal Canadian Mint is much more than a company that produces coins for Canada, but rather it offers a variety of services including minting, refining, and assaying. It is such a world-renowned company that countries from all over the world employ RCM’s expertise when it comes to producing their own domestic currencies.

In addition to producing gold bullion, RCM offers all sorts of precious metals to suit the needs of just about anyone and everyone. While the company is mostly known and regarded as a coin striking company, it has worked to expand their reputation by making gold bars as well.

If you are a smaller time investor you likely will not be buying anything produced by RCM because they mostly stick to producing sizeable bars such as 1 ounce and 1 kilogram versions. These bars are a lot more expensive than simple 1 or 5 gram coins and therefore would require a more serious investor to make a purchase.

RCM gold bars are produced to the most precise specifications and with the highest level of quality. In fact, the one ounce gold bar produced by the Royal Canadian Mint is typically encased in plastic and comes with assay. Assay is a certification that accompanies your bar to give you the assurance you need to know that the bar is real and is actually made of .999 fine gold.

Since RCM is such a popular and widely known company there are countless people who remain blindly loyal to the brand and will purchase gold bars from no one else. This is great for them but is bad for their wallets because RCM, because of their incredible popularity, is able to demand a higher premium over spot value for just about any of their products.

If you are looking for low premiums on a gold bullion purchase RCM is not exactly the brand you should have your sights set on. Of course, the only way to truly know how much the premium is going to be is to shop around different online precious metals dealers and find the best deal available.